The widely held view amongst the Shadow Board is that the Reserve Bank of New Zealand should increase the Official Cash Rate (OCR) by 50bp at the upcoming meeting in July. Only one member from the business community was divided on whether such a large hike was necessary at the next meeting, given the fine balance between the surge in inflation and signs of slowing economic activity.

Beyond the July meeting, Shadow Board members believed further OCR increases were warranted, citing the very intense inflation pressures in the New Zealand economy. There was a wide range of views on the degree of monetary tightening required. While many members pointed to the need for the Reserve Bank to rein in inflation pressures by lifting interest rates, emerging signs of an easing in demand raised concerns about the longer term growth outlook. These concerns meant some Shadow Board members saw limited further tightening as necessary over the coming year. The release of the latest June quarter NZIER Quarterly Survey of Business Opinion highlighted the tricky balancing act faced by the Reserve Bank as inflation pressures intensify against a backdrop of slowing demand in the New Zealand economy. 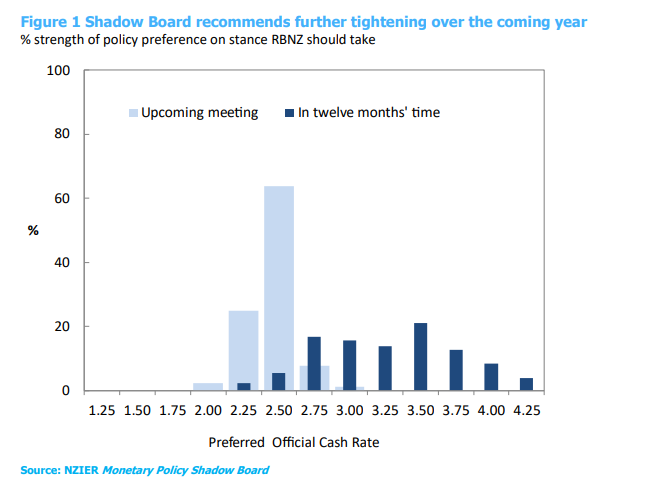 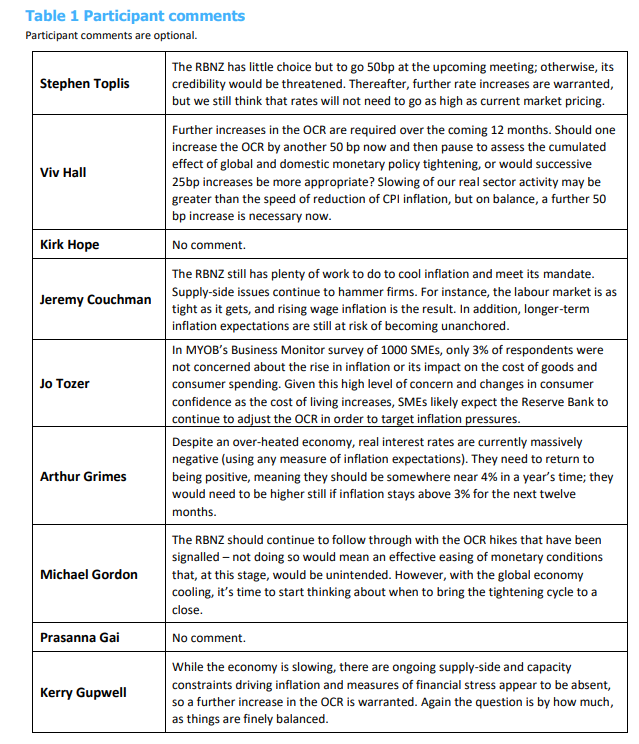 NZIER’s Monetary Policy Shadow Board is independent of the Reserve Bank of New Zealand. Individuals’ views are their own, not those of their respective organisations. The next Shadow Board release will be Monday, 15 August 2022, ahead of the RBNZ’s Monetary Policy Statement. Past releases are available from the NZIER website: www.nzier.org.nz
Shadow Board participants put a percentage preference on each policy action. Combined, the average of these preferences forms a Shadow Board view ahead of each monetary policy decision.

Do you think you're better off alone? Impacts of Brexit on New Zealand - NZIER Insight 60

Do you think you're better off alone? Impacts of Brexit on New Zealand - NZIER Insight 60

May 6, 2019 1 min read
Shadow Board is divided over whether the RBNZ should hike by 50bp