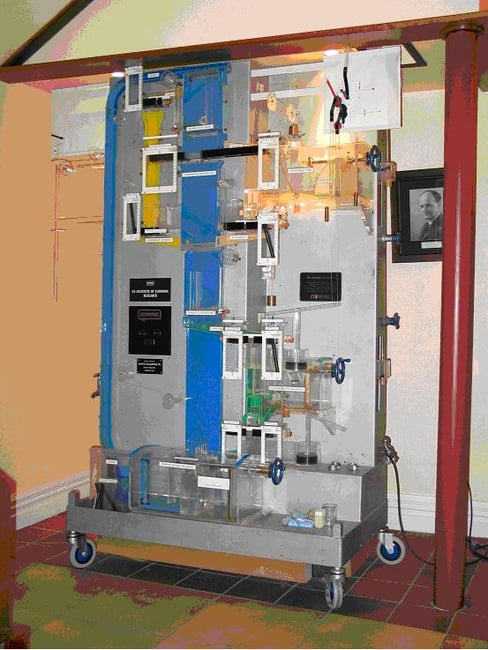 NZIER's Moniac machine is now on loan to the Reserve Bank museum in Wellington and can be viewed there.

In the past, many visitors to the New Zealand Institute of Economic Research (NZIER) have been intrigued by the Moniac machine. It stands over six feet tall, comprises of a number of plastic tanks and tubes through which coloured water flows. Linked to the tanks are gauges, sluices, pulleys and felt tip pens. What they are looking at is a magnificent piece of Kiwi ingenuity created by Professor Bill Phillips (of the Phillips Curve fame), known as the Moniac machine. It is a dynamic model of a working economy.

A bit about Bill

A.W.H. (Bill) Phillips was not your stereotypical economist. Born in 1914 as the son of a Kiwi dairy farmer, Phillips left New Zealand before finishing school to work in Australia. His jobs included being a crocodile hunter and a cinema manager. In the Second World War, Phillips served in the RAF’s technical branch and was captured by the Japanese, becoming a prisoner of war. He received an MBE in 1946 for his war efforts. Phillips ended up at the London School of Economics (LSE) and became very interested in Keynesian theory. It was at this time that he built the Moniac machine. In 1958, Phillips published his seminal work on the relationship between inflation and unemployment. He moved back to Australia in 1967, before passing away in Auckland in March 1975.

A short history of the Moniac

At LSE Phillips was interested in the circular flow of money model. With his knowledge of hydro-mechanics, Phillips realised that he could build a machine that would take the static circular flow model out of the textbook and into a dynamic 3 dimensional setting, by using water to represent the flow of money. Using a diverse range of materials including bits and pieces from obsolete Lancaster bombers, the first Moniac was created in his landlady’s garage. It was built at a cost of £400 – over $32,000 in today’s money.

The machine was unveiled in a seminar at LSE in 1949, and Phillips explained how his machine could be used to demonstrate the complex interrelationships between macroeconomic variables such as consumption, taxes, government spending, investment, savings, interest rates and exchange rates. A second machine was built to represent the rest of the world and introduce trade flows into the domestic economy.

The machine proved popular with economists around the world. More Moniacs were built and sent to four other British universities, to Melbourne University and Harvard Business School. Training sessions were held as far away as the Central Bank of Guatemala! The Moniac was never a huge commercial success however, as the advent of computers took economics (and Phillips) in another direction.

By the late 1960s the two original Moniac machines were left unused in the basement of the LSE. They stayed there until 1987 when the LSE donated one of the Moniacs to NZIER, where it was restored. Dr Alan Bollard, the then Director of NZIER, and present Reserve Bank governor, was instrumental in finding the machine at LSE and organising a fundraising drive to relocate it back to NZIER. He then proceeded to spend countless hours getting the Moniac back into working order. Geoff Bertram of Victoria University now maintains the Moniac, which is used regularly in front of school groups visiting NZIER and other interested visitors.

What does it show?

Economics at school and the undergraduate level is primarily taught as a static subject. Pupils are shown how changing one variable impacts on another (for example, the effect of an increase in demand on the price of milk). They are taught to hold all other things constant (ceteris paribus). However, real economies are of course not that simple. They never stand still, things are rarely held constant and each time any variable is changed, the effects ripple through the economy in a number of ways.

The Moniac shows the circular flow of income, where economic activity is defined as the sum of household expenditure, government expenditure, business investment and export sales, less purchases of imports. Students will know this as Y = C + I + G + (X-M). The water in the Moniac machine represents the stock of money in the economy. As it is pumped to the top of the machine, this money becomes income. Some of this income is drawn off as taxes. The government uses this tax revenue to fund its expenditure, which then comes back into the economy. The remaining disposable income can either be spent (consumption expenditure) or saved. The amount of saving depends on the interest rate and households’ preferences. The money saved becomes loanable funds in the banking system, which firms use to finance their purchases of plant and machinery and buildings. This investment expenditure also re-enters the economy. This gives us domestic expenditure: C + I + G. As domestic expenditure reaches a certain level, domestic production cannot satisfy demand and goods and services are purchased from overseas. Money leaves the system as payments head offshore. New Zealand’s products are also sold in foreign markets, generating export revenue that comes back into the economy. Imports and exports are affected by the prevailing exchange rate. This completes the circular flow, and felt tip markers indicate on pieces of paper the level of GDP, the trade balance and interest rates.

Once in equilibrium, the Moniac can be shocked by changing any variable. For example, the tax rate can be changed. Each time a change is made, the impacts can be traced through the model as it readjusts, representing the multitude of feedback effects that occur in real economies. If the tax rate changes, disposable income changes, which alters savings and incomes, which changes the tax again. Each time a shock occurs, the model solves nine simultaneous equations to achieve a new equilibrium, which will be shown by movements in the felt pens. In essence, it is a pre-cursor to the general equilibrium models that are commonly used in economic analysis today.

Written explanations cannot do justice to the impressiveness of the Moniac – it is something that is best experienced ‘live’. It is a valuable, entertaining and unique teaching tool that shows students that economies are very complex entities in which everything is linked in one way or another and to varying degrees. It underwent a major renovation in 2003 in preparation for being displayed as a key part of the New Zealand exhibition ‘This is the Trekka’ by artist Michael Stevenson at the 2003 Venice Biennale of Contemporary Art.

Visit the online Moniac at the Reserve Bank Museum.

We introduce some key features of our economy and the economic roles we play as people, communities, businesses and governments. 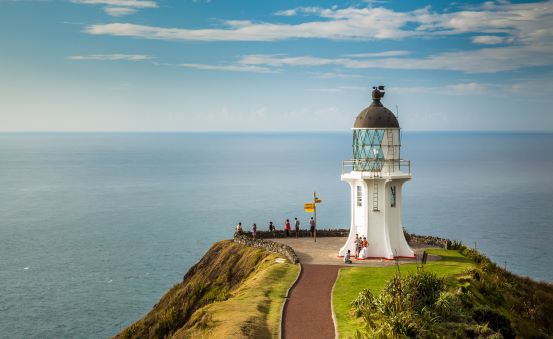 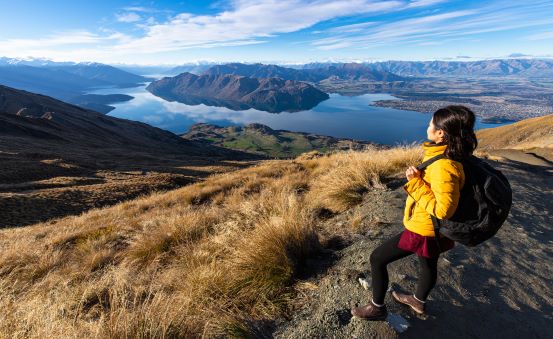 The NZIER Early Career Economics Leader Award has been inaugurated, organised, and underwritten by NZIER to recognise and encourage the advancement of economics in New Zealand.