The latest NZIER Quarterly Survey of Business Opinion (QSBO) shows a deterioration in business sentiment and activity. The survey was open from 28 November 2022 to 9 January 2023 and captured the effects of the more hawkish than expected November Monetary Policy Statement (MPS) on 23 November. In this MPS, the Reserve Bank of New Zealand (RBNZ) indicated that it would take interest rates higher than initially expected to rein in inflation.

On a seasonally adjusted basis, a net 73 percent of businesses expect general economic conditions to deteriorate over the coming months – the weakest over the survey’s history. When it comes to activity in their own business, a net 13 percent of firms reported a decline in activity over the past quarter. This was the weakest since June 2020 survey when the full impact of the first COVID-19 lockdown was captured.

Firms preparing for tough times ahead

The survey results show firms have become much more cautious and are now looking to reduce staff numbers and pare back on investment plans. However, shortages of skilled and unskilled staff remain acute despite the decline in hiring, with finding labour remaining the top primary constraint for businesses. That said, a growing proportion of firms are also starting to report sales as the primary constraint for their business, suggesting weakening demand is beginning to impact more businesses.

Despite a greater proportion of businesses passing higher costs on by increasing their prices, profitability has weakened. Nonetheless, the pick-up in costs and prices points to high inflation persisting into 2023.

Builders and retailers were the most downbeat

The mood was downbeat across the sectors. The building sector was the most pessimistic of the sectors surveyed, with a net 77 percent of firms expecting worsening economic conditions over the coming months. The decline in the sector’s new orders and output points to a softening in demand over the longer term. While most building sector firms still reported intense cost pressures, the proportion of firms that increased prices continued to fall in the December quarter.

The retail sector is also feeling very downbeat. A net 76 percent of retailers are expecting a deterioration in economic conditions over the coming months. The weaker demand is limiting the ability of retailers to increase prices in the face of intense cost pressures, which has reduced profitability in the retail sector. With almost half of mortgages due for repricing over the coming year, many of those mortgages will be rolling off historically low fixed-term mortgage rates of around 2 to 3 percent onto significantly higher rates of 6 to 7 percent. Consequently, substantially higher mortgage repayments should drive a slowing in retail spending over the coming year.

Background
The New Zealand Institute of Economic Research has conducted its Quarterly Survey of Business Opinion since 1961. It is New Zealand’s longest-running business opinion survey. Each quarter we ask around 4,300 firms about whether business conditions will deteriorate, stay the same, or improve. The responses yield information about business trends much faster than official statistics and act as valuable leading indicators about the future state of the New Zealand economy. Long term series derived from the survey are held at the NZIER and are available to NZIER members via our website at www.nzier.org.nz. 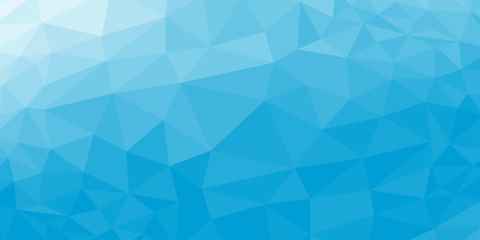