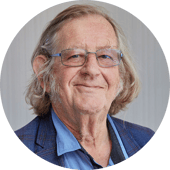 Gary joined the staff of Victoria University of Wellington in 1968, and retired as Head of the School of Government and Professor of Economic History in 2008. He was a visiting fellow at Stanford University in the United States, All Soulsâ College, Oxford in the United Kingdom, at the Australian National University in Australia, and with a number of institutions in Japan.

As Director of the Institute of Policy Studies from 1987 to 1998, Gary was responsible for projects in a wide area of public policy issues, including relations among Australia, New Zealand and the United States, New Zealandâs position in the Asia-Pacific region, public sector reform, taxation policy, regulatory management, the public responsibilities of private corporations and interactions between public and private sectors, education policy, the future of the welfare state, and biculturalism.

Gary has consulted for government on education policy, social science capabilities, and retirement policy, and currently chairs an Experts Advisory Group on Tertiary Education Reforms. He has had a long association with the New Zealand Committee of the Pacific Economic Co-operation Council and currently chairs its board.

Who will be the winners and losers from COVID-19? History says don't be presumptuous. Former Head of

Regional economic integration : more than one way to skin a cat - NZIER Insight 38